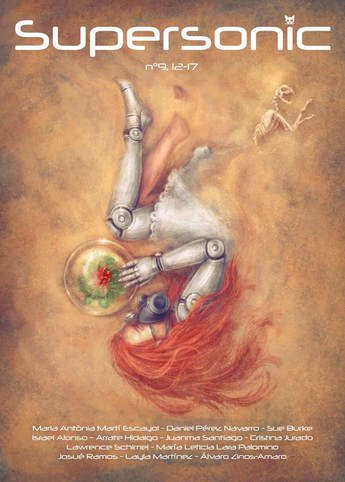 Three levels of classes - basic, intermediate, and advanced. Scholarships and transportation available if needed. Sign up as a student. Email us. Sign up as a tutor or teacher. CORE Classes. Sundays - am. And Moses said unto them, This is the bread which Jehovah hath given you to eat. We know that the Word teaches us how to live — how to respond.

We get the general points: shun evil, love others, do good. But the specific answers elude us. The Writings explain that the specific answers are within the details of the literal stories in the Word. It's so easy to get caught up in simply coping with daily challenges. We can get enslaved by first one and then another external pressure and anxiety. Yet who and what we love, what we think, and what we will are the real internals of life.

We will never see the revealed internal meaning of life.


Perhaps seeing a few of these things will help us begin to think beyond external things and begin to acknowledge the internal meaning of the Word and the internal reason for why we are here. The Israelites had seen the miraculous plagues inflicted upon the Egyptians. Their faith, stimulated by those miracles, led them to follow Moses. In these stories, Moses represents the Word.

He spoke whatever the Lord told Him, and the Word is the Lord speaking to us. In the beginning of our journey most of us see something different and wonderful about the Word. When we find ourselves bewildered in the wilderness of life, doubts creep in. We thirst for answers but, like Israel confronted with bitter water in the wilderness, we find that the few answers we do see in the Word are bitter and hard to take.

Yet we must try to live by whatever we do see. If we do the Lord will sweeten those few truths and give us delight in them, even as He showed Moses a piece of wood that would sweeten the water for Israel. The water of truth will not only begin to quench our thirst for answers, but it will also begin to clean up our lives. But the story regarding manna comes later. This time Israel murmured for food. It is one thing to feel delight in having some of the answers.

But life is not all about head stuff. Knowing is one thing, but living by what we know is another. Just as our bodies need food as well as water. Most of us, at one time or another, have known such yearning and hunger. Life is a terrifying wilderness when love for others, and from others seems to be absent or is tested.

Only the Lord can feed such internal hunger. But the Lord cannot give us that delight unless we as if of ourselves live by what we see in His Word. He can provide for us, only as He could provide for Israel, when they were willing to follow Moses, who represents His Word. And following the Word involves a struggle, because the truth confronts not only our hereditary tendencies towards evil, but also the actual evils we have confirmed in our lives.

We really enjoy those evils. In that state it looks like much more fun to turn back and pursue our own likes and dislikes. The past, the fleshpots of Egypt, can look mighty attractive in comparison to compelling ourselves to do what is right. We did evil in the past because it seemed delightful and sweet. And it still looks pretty delightful and sweet when we compare it to doing what the Lord asks. And the sons of Israel said unto them, Oh, that we had died by the hand of Jehovah in the land of Egypt, when we sat by the flesh-pots, when we did eat to satiety!

For ye have brought us forth unto this wilderness, to kill this whole congregation with hunger. Sometimes it seems as if the Lord asks too much. But when we see the contrasts and cry out, the Lord is there, even as He was there for Israel. And the deposit of dew went up and behold upon the faces of the wilderness a small round thing, small as the hoar frost upon the earth. And the sons of Israel saw. And they said a man to his brother.

What is this? We talk about love. We say we love this or that person or thing.

Love moves us. It is our very life, for if you were take away our loves what would we be? But we really do not grasp what love is. Love is that hidden manna that feeds us and lifts us up forever. For the Bread of God is He who comes down from heaven, and gives life to the world.

Then said they to Him, Lord always give us this bread. He is the Source of all love. His love is there like manna every morning to sustain us. But we have to cooperate.


We have to do our part. Vellido's dramatic entrance at this point is overwhelming, suggesting very strongly that he is the answer to Zamora's worries. Unlike the sources, this man seems to be divinely inspired, acts alone, and is not moved by ambition or treachery. As can be seen, by changing the rôles of Don Sancho and Vellido Dolfos, Juan de la Cueva makes the first a tyrant and the second a liberator.

This position was refuted by Watson, who observed that the tyrannicide is innocent of treachery and ambition The latter, more sympathetic observation about Vellido's motives, however, does not answer the question raised by Wardropper; it merely extenuates Vellido's guilt. Vellido Dolfos, unlike the historical one, who seems to have had the tacit approval of Urraca, does act on his own initiative in the play, although there are allusions to his being divinely summoned and of representing the vox populi.

He also kills the king in a treacherous manner. It must be noted, moreover, that Zamora is in a state of defensive war against an unjust invader. Under such circumstances, the invading king, the Castilians' natural sovereign, is a foreign usurper for the Zamorans. And since no treaty has passed between the two opposing forces, any private man has the right to defend the kingdom from tyranny by whatever means possible. Juan de Mariana, in a later period, would make the additional qualification that a private man could act against such a public enemy only as a representative member of that community 1.

In this situation, the assassin's intention is undertaken for the common good and not for private advantage as in the ballads ; thus the killing of Don Sancho by a Zamoran is a legitimate act of war. The problem, however, is that Vellido Dolfos has become the vassal of King Sancho and, by doing so, is no longer bound to Doña Urraca nor, for that matter, does he represent the city. John of Salisbury, one of the theologians to condone tyrannicide, affirms that any method of assassination is legal, even if it involves flattery and deception 8.

But neither John nor Mariana grant the right of tyrannicide to a man under oath to a lord. Vellido Dolfos's error consists not in defending his city, but in doing so by the only means that no theologian or jurist would consent to. All the ballads on the killing of Don Sancho call Vellido a traitor, and indeed he is, regardless of his lofty motives. But in spite of all this, Vellido is seen by Cueva as a hero and a liberator even after his treacherous deed, as is suggested by the judge of Zamora who fears that the city would riot if Vellido were to be punished severely And that, whether in or in John's or Mariana's time, is totally in contradiction to accepted values.

This would seem to indicate that Cueva sympathizes with his evil characters, as Icaza Introduction to Cueva xlii-xliv and Hermenegildo have suggested. The interesting point is that the king is presented as evil while Vellido suffers no opprobium. Moreover, the English Hispanist, Anthony I. Watson , and, to a lesser extent, E. Wilson 37 , have suggested recently that Cueva was probably critical of Philip II's foreign policy, especially in regard to the annexation of Portugal, thus giving the play a political reading which, if true, would make Cueva a sixteenth-century Jacobin, much to his surprise.

In Las mocedades del Cid , part two , Guillén de Castro presents a more balanced version of the story. Not dissimilar from the Cueva play on the same subject, Castro's drama presents Don Sancho, at least initially, as a cruel, bloodthirsty, irascible individual who engages in unjust war against his relatives. Don Sancho has already taken the lands of Don García, who is now in prison; he is now persecuting Don Alonso, whom he orders twice to be killed an order severely criticized by the Cid ; and now he plans to besiege Doña Urraca's city, although the Cid will not help him to take it.

His perseverance is unshaken by the Cid's reminder of his father's curse and heaven's vengeance. So absonant is his behavior that his father must emerge from the netherworld to reveal his death to him for having offended heaven. Unlike Cueva's Sancho, however, there is in Castro's king an element of frailty and human weakness.

There are statements throughout the play that indicate that Sancho's wickedness is the consequence of youth, and not of deep-seated vice.

For this reason, he is easily persuaded by Bellido, a transparent deceiver, in spite of the fact that Arias Gonzalo and Don Rodrigo remind him that he is a traitor, a parricide, and a would-be regicide. When Bellido asks the king to accompany him alone to an open gate by which to take Zamora, Don Sancho hesitates but is again easily swayed by Bellido, whom he rashly makes his privanza and second in command in the kingdom.